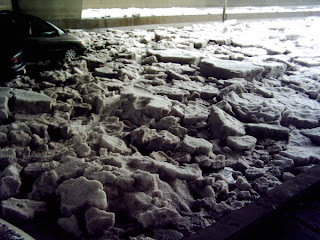 Ok, so we had a discussion at work the other day about the sound of jets taking off in the cold weather we've been having. 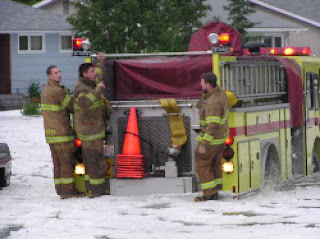 I've purposefully NOT googled it.

It's pretty amazing these days the amount of information that the internet has to offer, good and bad. I mean, you can pretty much answer ANY question with enough searching on the internet. It's kind of like spending a day downtown on a street corner and posing your question to every person you see. You'll get a lot of answers, some right, some wrong. But, the answer is there if you keep asking.

So, the question is, why do large transport-category jets make a different sound in cold weather than they do in warm? 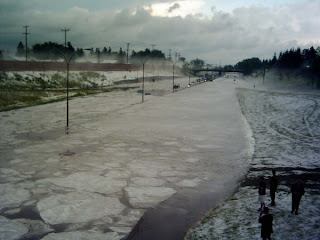 By cold, I mean just below 0 Celsius.

Other parts of Canada live in this regime for the entire winter, so people there might only notice that difference in the spring and fall when the temp moves above and below zero, but for the rest of the winter it is the "normal" sound to them. To us, its very noticeable.

Its kind of a hissing / whispering noise.

A couple of the theories thrown out there were;

1.) The air, being denser, propagates the sound waves better. The molecules are closer together and thus transmit the sound wave with more efficiency.

2.) The temperature difference between the propelled air behind a jet and the still air it is being propelled through is greater, thus a greater / different sound.

3.) Any temperature below zero means there is some amount of frozen water in the air and the sound waves travel and/or are reflected differently around this solid obstacle. 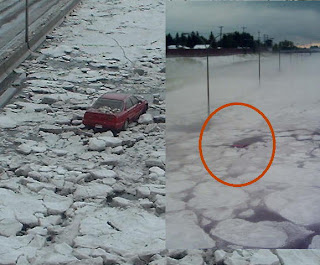 Some of the discussion points were;

The sound of a jet is due to the difference in speeds of the propelled air meeting the still air behind the engine. The colder air, being denser, changes the dynamic of this meeting of air.

The temperature is only say 10 degrees or less different between that of a day when we don't hear the hissing noise, so it must have something to do with the fact that it is below zero, and not just the temperature differential. We don't hear a difference when the temp changes from say 30 to 10, only when it goes below zero.

If freezing point is a factor, it must have something to do with Ice, either frozen water in the air through which the sound wave is travelling or the sound wave propagation properties of air & water vapour at below-zero temps. 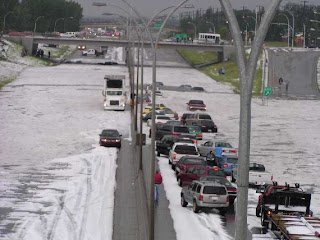 Water vapour, being a gas, can't " freeze ", without sublimating onto sometthing and becoming a solid. So if the day is crystal clear ( as is often the case in cold weather, where there is little in the way of water vapour in the cold air ), then how could " Ice Crystals " affect the sound wave propagation or refraction, if you cant see them in the air? 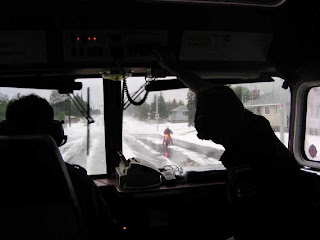 The question intrigues me, but so does the process of finding the answer.

I mean, if I don't google it, and I ask everyone I know, their brain engages and they start asking other questions. Curiosity gets peaked and they start asking other people for their input and suggestions. Someone offers a theory you hadn't considered and, in some cases, learning occurs. Someone offers a theory that sounds logical, but is in fact, not true. Someone else walks away thinking the problem is solved, but now has an incorrect "solution" in their head, possibly affecting how they view another problem. 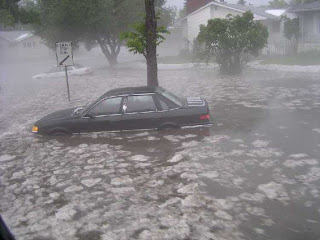 But, if I simply go home, google the heck out of it and find the answer, than nothing happens. I might ( or might not ) get the correct answer, my curiosity is slated, and no one's brain engages, mine included.

I know, its a weird question.


Oh, the pictures were sent to me a couple of years ago after a severe hail-storm in Edmonton.

This was in the summer.

What you are seeing is not snow, its large quantities of hail. It built up to the point where it clogged sewer drains, flooded roads and actually created " ice floes " in the flooded streets.
Posted by 5400AirportRdSouth at 10:58 AM