Hey brother, can you spare an Ark? 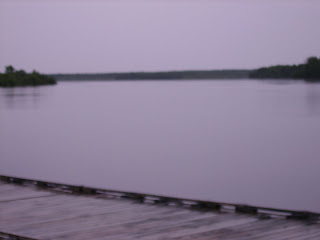 Will this rain never end?? Everyone back out West must be wondering the same thing with the sun and heat, but out in the middle here, its getting pretty freaking soggy.

The sad thing is, when I was out west, and I looked at the weather map you could only see a little ways into what was coming your way. Most of our weather in Canada moves from West to East, and Environment Canada only publishes weather data ( that I know of ) out a few hundred miles into the Pacific. So, when you look up your weather and see a low pressure system moving in off the coast, you know what the next day or two has in store for you. 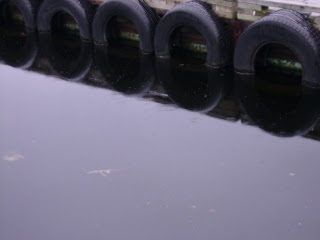 Low ceilings, rain, maybe some wind and in the winter, maybe some ice. Out here, I can look at the weather all across the prairies and see what is coming my way for like the next week. Unfortunately, lately, that has just been depressing. I'd almost rather not know.

I can see the next low pressure system moving in and over us ( where it will indubitably decide to cease forward motion and die a slow lingering, wet and soggy death over top of me ), and I can see the next one a day or two behind it. 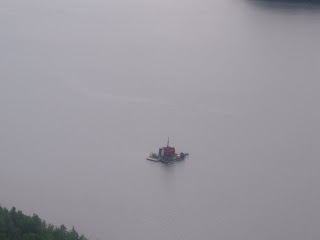 I left Vancouver at the end of a long, typically soggy winter and came out here to the tail end of a cold, soggy spring. I'm anticipating going home next month, just in time to catch the beginning of the West Coast's long, soggy winter. I better go dry out my rubber boots. Maybe in the oven, I think thats the only place around here thats not wet.

Anyhow, enough complaining about the weather, it is what it is.

We did actually have a decent day yesterday, with a little bit of the sun in the afternoon, of all things, to make an appearance. 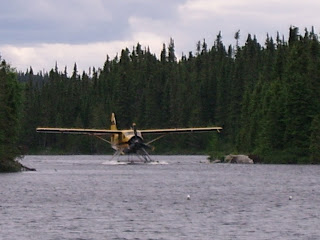 We finally got the go-ahead from the owner to rig up a boat and motor for us to use around the lake, which is super-cool. We had previously been strictly banned from getting our boat on out here, due to previous dockhands poor decision making. We never got the specifics of the incident that lead to the suspension of boat privileges around the base, but it must have been fun if they wont even tell us what it was. If it was something dumb and unpleasant, they'd just tell us, as a deterrant. If it was something fun and ingenious, then they might clam up, so as not to give us any ideas.

My guess, is that they used the boat to run into town and partake in liquid festivities and avoid the OPP checkstop on the only highway leading from town back to our base. The river that runs in front of us, leads under the bridge on the highway and will take you into town. Tie up on the dock and your within stumbling distance of a bar.

The boat announcement actually came at the tail end of another little episode we had out here. There was some mechanical issues with the aircraft that had to be dealt with at the dock, and the " crash-boat " had to be moved from its spot on the ramp, to be tied up on the side of one of the docks. I'm pretty sure I was the one who moved it and subsequently tied it up, which you can imagine my dismay when it was noticed missing the next day...haha.

The mechanical issue was interesting, I got to see a large radial engine almost completely tore down and rebuilt. Without getting into specifics, the mechanics had to take apart half the engine to get at the part that needed replacing. This is known as " splitting " an engine. It was neat to see all the bits and pieces you knew were in there, but had never seen up close and personal. Also interesting to see the procedures that seem to be specific to aircraft mechanics, in the safetying and lock wiring of everything.

In a large radial engine, in particular, there is a lot of vibration when the engine is run. If your car vibrated and shook like this, all of the nuts, bolts and screws that hold it together would simply rattle themselves loose and parts would start falling off. Bad enough for that to happen on the freeway on the way to work, at 5000' in the air, its a whole nother story. So, all the bits and pieces, after being tightened down to the specific pressure, get a little piece of lockwire run through a hole in the nut and bolt ends and twisted up. The little bit of wire serves to keep the nut/bolt/screw from rattling off. A lot of times, a big gob of sealant is then applied over the top of the whole thing too, to serve as a seal and tamper-indicator. Sometimes its just a little line of the stuff, running from the top of the nut, down onto the bolt, so you can visually see if it is vibrating loose ( the lines no longer line up ) and sometimes its completely coated with the stuff, like a big blob of used gum.

Almost all the fasteners in the engine get the same treatment, its pretty impressive. Time consuming too, trust me.

Out there on the dock, under makeshift two-by-four and tarp home-made hangar, running tools back and forth to the mechanics and helping out.. ie..." hold this, don't let go, its heavy. ". or my favourite... " Shit, I dropped a screw. Did you see if it fell in the lake? "

But, all in all, it was a fantastic opportunity to take part in and get to see and do stuff that is actually fairly rare.

The particular engine we run on our plane is made in Poland. Its a PZL ( Pezetel ), 9 cylinder, 1000HP, radial engine. It was actually invented by the Wright Aircraft Company and designated as a Wright Cyclone. Wright designed the engine originally to put out 700 and change horsepower, but the Polish company licensed to build them added a supercharger and other modifications over the years and brought it up to 1000 HP.

I found out that the name " Pezetel " is actually a bastardization of the pronunciation ( think polish accent ) of the initals P - Z - L. The Polish name of the company is something else entirely, but they go by the PZL name.

Anyhow, after the engine work was complete, the pilot and the mechanic jumped in and taxied out into the lake for a run-up and flight if everything went well. Everything went fine, which was impressive for a mechanical undertaking of that size, and under trying conditions. But as they were taxiing around, I mentally ran through what I would do if something untoward were to happen during takeoff. First thing I noticed was the absence of the crash-boat. My next two options were,

A. Jump in a kayak and paddle out there, in order to...do nothing once I got there, since the kayak only seats one.

We figured it out the next day that it had actually come undone at some point during the night ( we had a few storms with high winds, to accompany the ever present rains ) and was most likely downstream somewhere.

On a flight the next day we did a few circuits around the lake and spotted it up in the weeds at the end of a bay.

We got one of the old spare boats all set up with a motor and gas tank and went on a little rescue mission.

Once we got to the boat, we found it filled with water. duh, its been raining for-EVER!. Found out how to " power-drain " a boat. On the back of these boats, at the bottom, is actually a little plug. When you pull the boat up onto land, you pull the plug so that any rain water that gets in simply drains out. Remember to put the plug back in before you push it into the water though. To power-drain it, you simply get it up to speed, or as much speed as you can manage, considering the boat is pushing around and extra thousand pounds or so of water... pull the plug out and the the suction at the back of the boat sucks the water out the drain hole. If you slow down though, the suction stops and water starts coming back in, so you've got to be quick on getting the plug back in.

We tied the runaway boat to the rescue boat and dragged it back to base, draining it along the way. Bailing them out by hand sucks. 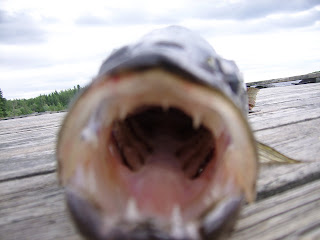 Ended up going out fishing for an hour or two as we've had such crappy luck off the dock the past few weeks. No luch though. Truth to tell, we weren't very patient though, so anxious to get around to all the little spots we had seen people fishing ( and catching ) from their boats that we just rushed around from spot to sport without any serious fishing-style patience.

Most of the fish we catch up here are Walleye. 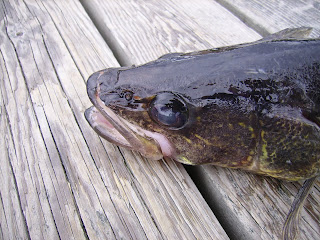 Walleye are awesome for eating, which is handy, because I don't think theyre good for much else. They're not terrific fighters on the hook, nor are they immense fish that you can hang off a scale or mount on a wall. None of these things interest me much, I'm more into eating them.

Two more weeks till I get to go home for a few days to see The Lovely Wife!!! 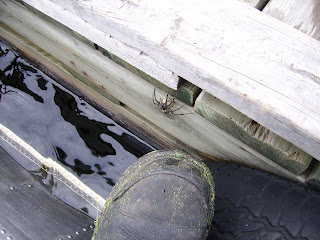