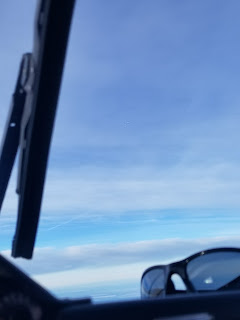 Yes, well, so... I guess its time to mention the elephant in the room.

Aviation in general, and Canadian Aviation specifically, has been decimated by the events surrounding the CoronaVirus. 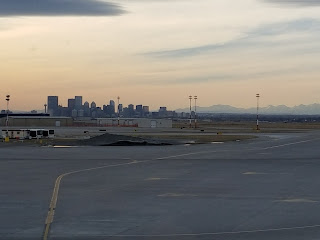 Prior to February of 2020, Canadian Aviation, from a pilot employment standpoint, was in the best shape it has been in for several decades.

Over the course of the last five years or so leading up to 2020, things have been changing rapidly. Most , if not all, of Canada's major airlines were expanding rapidly. Smaller airlines were entering into agreements with the big airlines to take up the slack and fly their passengers to connecting hubs. The smaller airlines then stopped doing as much work on the charter side, leaving smaller charter operators to aggressively expand to capitalize on the new work floating around. It seems like everyone moved up a step.

To a pilot, caught up in this, it has been nothing short of incredible. With Baby Boomer retirements already creating a hiring boom at the majors, you added in expansion, new airlines, new demand and increasing overseas demand of Canadian Pilots. All these things together created this giant sucking sound, hoovering up every available pilot into whatever niche or type of aviation they had their sights set on committing.

The vacuum caused intense competition among airlines to attract crews. Pay went up, way up. Experience levels required to grace their inbox with a resume dropped...like really dropped.  When I started flying, it was pretty normal to expect that you would need to accrue at least 3 or 4000 hours of flight time before you could consider your resume suitable to get an interview at one of the regional airlines, where you could slog it out for five or ten years before being considered for a spot at one of the Majors.  At the peak of the hiring boom, candidates were being hired at the 750 hour mark, and they could expect their stay at the regionals to last 1-2 years before they would be upgraded to captain on the mighty Q400 or make the jump to a major airline.

I'm using US terminology here, but in Canada there really is only two Regional Airlines, Jazz and Encore and two Major airlines, Air Canada and Westjet. There are several other smaller regionals and smaller Majors, but really, those are the main players in this story.

The draining of the lower time pilots off to the airlines created scarcity down the food chain as well. At the smaller charter and medevac companies, a fresh license with no previous commercial experience was typical for new First Officers. Captains were no longer grey bearded veterans of arctic campaigns, but FO's that had resisted the siren call of the airlines and had a year or two sitting copilot.

Everyone sat around, regardless of their experience level, and declared that this wouldn't end well and that THEY had put in their time, but these youngsters...much clucking of tongues.

That of course is history. It is just another chapter in the cycle of aviation, that we can tell stories about in ten years and the new entrants will be wide eyed to imagine it ever happened.

In the span of about 30 days, the shutdown of all aviation in quarantine regimes and the fear of getting into a sealed metal tube with pox ridden passengers drove passengers away from all levels of aviation. Tourism, a driver of a lot of aviation demand, collapsed in the face of international travel restrictions and outright bans.

Some smaller airlines went under. Most reduced their flying schedules by incredible amounts, Air Canada, Westjet and their regional partners were only flying 5% of their previous schedules.

The whole house of cards collapsed. Layoffs at the airline level have been shocking, literally tens of thousands of pilots have hit the streets in Canada in the last four months. 10,000 more are hanging on by the grace of the government providing a wage subsidy to their employer. The government is literally paying their wages so the airline doesn't let them go, their employer has no need of them. The scuttlebutt is that the subsidy is simply a way to keep some pressure of the Unemployment Insurance System while it deals with the fallout of nearly every industry in Canada shedding workers.

After 9/11 there was a similar collapse, commercial aviation demand dropped significantly and the airlines resized till demand came back. After the 2008 Financial Crisis, the demand dried up again with the loss of disposable income by the flying public. This one is a bit different, demand didn't dry up, it stopped. in an instant. 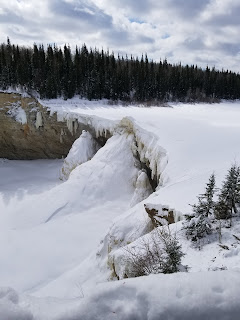 No one knows when it will come back or at what level or what cost, but the scale is off the chart compared to the last two downturns that I've had the pleasure of seeing.

I've been somewhat lucky, in that the niche flying that I've been doing is not nearly as hard hit. Its definitely taken a bite, don't get me wrong. My employment for this summer is pretty much unchanged, but come fall, my winter work has disappeared into thin air.

I now get to compete with the flood gates of all the airline guys firing off resumes and hitting up old pals to try and find some flying work to put food on the table. Some of them got hired with very little experience and don't offer much to the smaller operators that Id like to spend the winter working for, but others made their way up the same as I did and have years of experience flying medevac, or other charter type flying before they went off to the airlines. The smaller outfits are a little leery of hiring the airline guys as they have a seniority number in The Big Show and would flee at the drop of a hat if ( and when ) things turn around.  I'm only seeking winter work at this time too, so I'm not the first pick either, as my summer work is not something I want to voluntarily give up. Its all moot in any case as the smaller operators are not hiring anyways as their demand has dropped off the cliff too! Good times.

So, there you go, state of the union. Not pretty, but not a new storyline either.

You still got the number of that truck driving school, goose? 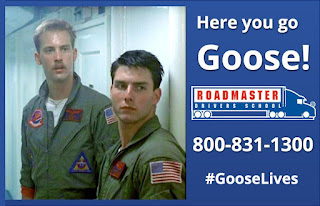 Anyhow, back to time travelling!