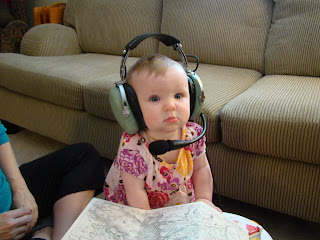 Ok, I'll admit it, I am pretty much stumped for a ramp-related entry that would fall under the letter J.

A couple of other bloggers who I follow have both posted recently on the subject of jobs, or lack thereof, and since I am furiously job-hunting as well, I thought I could stretch it into something. Since the whole point of doing the A-Z thing was really nothing more than a way to kick myself in the ass and actually churn out an entry or two now and then, I figure it fits the spirit, if not the letter of the law. 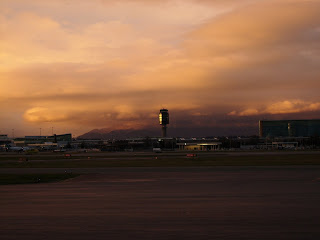 I'm a big fan of following blogs. I feel a little bit like I'm watching some sort of reality-show, but the realest kind. There's little in the way of editing and it all happens in relative real-time. In following along with someone, you build an idea of the " character " with tidbits of information picked up in their entries over a couple of years. As well as glimpses into their personality that they probably didn't even intend to impart, but as the "viewer" you get to see, regardless if they meant for you to see it or not.

In a reality show, they'd edit out the bits that didn't fit the character they are trying to portray, you only see exactly what they want you to see. In a blog, the blogger probably tries to do the same, but given the nature of your average bloggers post-production editing skills, you probably get a lot more.

There is also the aspect of the interaction, in a blog, you can ask a question after the "episode", in the comments section. You'll usually get a response as well, adding a whole nother layer to the experience.

Its actually easy to forget that these are REAL people, leading real lives. 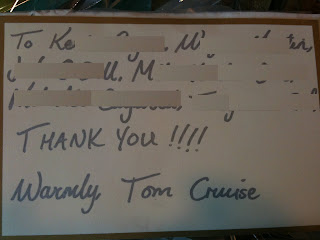 Another Happy Customer - this one bought a MASSIVE gift basket as a thank-you gift for the FBO crew. Some seriously high end chocolates and all manner of exotic treats. Very classy!

Anyhow.... Both Dagny and Aviatrix, two aviation-blogging-action-figures whose entire seasons I have followed over the last four years or so, have both lamented on their dogged, but unsuccessful-to-date job searches. I might as well join in...

To really and truly complete the illusion that this is somehow related to working at an airport, I'm going to stretch the J is for Jobs connection by commenting on the fact that there usually are a lot of pilots hidden in the mix of baggage handlers, tug operators and other airport workers.

At the FBO where I work, I've personally seen two guys go from bag smasher to Multi-Turbine FO's in a little less than four years. One of them flies on a KingAir 350 doing the medevac thing and the other is sitting in the right seat of a Citation XLS. Albeit, the Jet-guy ( Citation XLS ) had a few years of instructing time to add to his credentials... I suspect that the KingAir-guy has probably surpassed him now, as they fly the living snot out of that machine...


I came across another blog the other day as well, worth checking out. Back story appears to be; local BC boy gets pilots license, smashes bags in YYZ for awhile, moves to Newfoundland to work as a dispatcher, buys camera, starts blog. Funnily enough, as the blog is not on blogger, I can't follow it with my usual methods, and it had me linking to my facebook page if I wanted to "follow". I did that, I like to get new entries from blogs I follow as-they-are-posted instead of catching up on them en masse, or worse, forgetting all about them.. Then I noticed on the facebook link that he is friends with two people I know from the airport out here...both pilots and ex bag-smashers as well.... haha.

Anyhow, when you finish flight school and you have little else to offer an employer than your meagre Transport Canada Minimum required hours, pretty much ANYTHING to do with an airport environment or an aircraft could be considered an additional skill. I'm kind of getting to the point though that I feel like I'm spending a little too-much time hanging out at the airport again and not getting on with getting on. I suppose you can chalk that up to basically taking a year-off to hatch our new family addition, but it starts to feel a little depressing watching people who were a year ahead of you at one point in a career progression be three years ahead of you now... 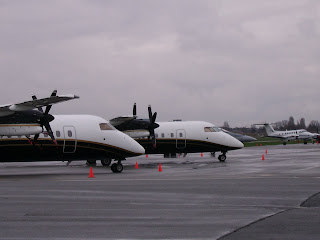 So, Plan A was to find gainful aviation employment for this summer. Originally, we were going to limit my searches to permanent, year-round, worth-moving-for opportunities. Didn't matter where and would most likely be somewhere of less than desirable locale... This plan sort-of hinged on my completing the MIFR well before spring. That isn't going to happen now. In fact, I would count myself lucky to have a Multi-Engine rating before I get my first sun-burn this year, at the rate things are going.

Between my schedule with work, The Wee One and The Lovely Wife's study schedules it was already going to be a stretch. Throw in an aircraft that has been down for maintenance for over a month now, and a solid month of absolute crap weather before that...well, you get the idea.

I've beat the hell out of the simulator in that time, skipping ahead to the IFR portion of the course while we waited for the Multi-Engine Aeroplane to rejoin the living. Good use of the time I suppose, but in light of some of the prospects for this summer, it might be a bit of a waste of time at this point.

Anyhow, Plan A started to look iffy at best, so we decided to open up the possibility of ANYTHING. Another season away working a seasonal position, a ground job that had prospects, ANYTHING.

So, I've been dutifully sending out emails and cover letters to all the contacts in my prospects list. Over the last two years, I've maintained the list, adding actual peoples names as they've replied and told me to PFO ( Please F%^&^ Off ) and a shorter list of people who have replied with even a hint of interest in my resume in the past.

Oh - side note. I looked up PFO to see if there was an actual abbreviation that had been bastardized or if it really existed in it's commonly understood form.

Turns out, PFO does actually mean Please F&*k Off and is common use, apparently even in some HR departments.

One other notable use of the acronym PFO was in British Emergency rooms, usedto classify a type of injury common on weekend evenings... Pissed, Fell Over. I'm not even making this up.

So anyhow, not too much in the way of results on the job front, but here's where I am;

Ground job in a Northern Place. Company owns at least a half dozen aircraft and phone-interviewed me last year( I didn't get it last year ). I stayed in touch with a couple emails over the winter and a self-invited visit/interview to their facility in February. They've advertised the position, but emailed me before-hand to let me know I am still in the running, but they have to advertise the spot before they hold formal interviews and/or hire someone. I hold my chances at this one to be a little better than 50/50. I suspect I would be worth a lot more to them in the long-run with a MIFR and my lack thereof for this spring might hurt my chances. I do however have experience with the ground position duties and am qualified for their entry-level aircraft. In theory, as long as I got a MIFR in the first two years of working for them, I wouldn't ever be under-qualified for internal movement, assuming normal progression. If FO Freddie runs off to Air Canada without notice, and I'm the only one around but lacking a MIFR...well, it would be like having your headphones on and not hearing the " Does anyone on board have a pilots license? " call on the P.A....

I emailed the owner of a sky-diving outfit ( known as a Drop-Zone, or DZ ) in a far-flung corner of the country. The owner would like to have a sit-down interview in late April when he passes through where I am now. Basically, if I was to live near the DZ, it sounds like there would be a fair bit of work for me. It looks like a lot of fun, and I didn't see any pictures of moose carcasses on their website. I would however, have to relocate to said far-flung corner and the financial considerations of trying to subsist on what would essentially be a part-time job are not exactly adding up. It wouldn't take much to make up the difference though, so I'm not giving up on this just yet, perhaps I can do some freelance moose-carcass transporting at night, who knows.

I sent a bazillion resumes out to owners and chief pilots of flying services associated with fishing lodge and outpost operations. My reply-rate when I had a total of Zero experience in this market segment was about 6 replies to 200 resumes. Those 6 replies included those who took the time to tell me to not bother them with my useless resume. This time, with the possibility of another season away from home, doubly difficult now to even consider with a certain soon-to-be-walking-and-talking individual in our little household, my 200 resumes got me about two dozen replies. A solid half dozen of those expressed sincere interest, but no offers of a job. I knew float-season hiring had already come and gone, but at that time, going away was off the table.

The sincere replies mostly consisted of " we have our pilots hired for this year, but, as always, someone inevitably flakes out once the season is underway and you are top of the list to get a call if/when they do ".

Keep plugging away at the MIFR and accept the fact that I might not get any flying work this summer. I make pretty good money at my present job and I do get to work near airplanes. Another year of equity in the condo ( which is getting smaller by the day, due to you-know-who's newfound mobility ), another year of family close-by while our little girl is still little. And of course, another year behind....

It might even work out well to not complete the IFR part right away, most of the simulator stuff we do at the flight school for 150 bucks an hour can be practised at home on my computer for roughly , oh, nothing per hour, and done ad nauseum. It sure would be nice to go into a flight test actually feeling comfortable with the material.. 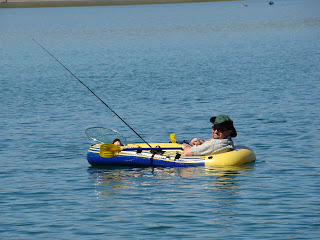