Well, its been awhile... a lot has happened since I last summoned up the courage to type out an entry and get over my embarrassment at not having posted for eight months.... But, what the Hay, lets see if I can make a run at this again.... 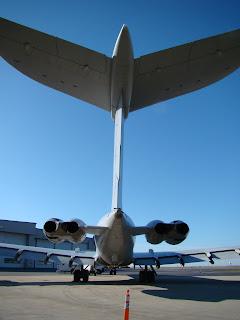 I guess a recap of the missing time period would be a good way to start.

Last summer I left the coast and went up North for a seasonal flying job. My first " real " flying job. Aside from a little stint instructing on Ultralights and a season as a dock-hand. The dock-hand job was definitely not a flying job, the instructing a little more so, but still....not quite....

I posted a little bit, so I won't go into all the details, but suffice to say, I added some time to the logbook, got my first PPC and even managed to get checked out on a turbine machine, the caravan, and log some time on that. Not too shabby for a 90-day gig. 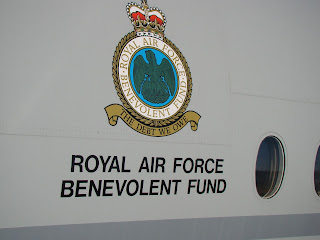 At the end of the summer, I talked over with the owners my plans for the future. They were very receptive to the idea of me coming back to fly for them and frankly, I have been looking for an opportunity to get out of the city. In broad strokes, at the end of the season, the plan was that I would return in the early spring, with worldly goods in tow, along with The Lovely Wife and The Wee One, and we'd try and make a go of it in the Great White North, year-round.

So, short story shorter, here we are.

We made the big move and found ourselves a cozy little place to buy and have spent the last few weeks getting settled in.

I don't particularly like using this blog as a platform to tell people about my personal life, because, well, that's personal. Family that check in here from time to time may be disappointed not to see pictures of my incredibly cute and unbelievably smart little girl. I enjoy posting about aviation stuff...my job, the things I see in my job and connecting with others who like to post about their aviation jobs.

So, I'm hoping to do a little better than last year and post some interesting stories and pictures of this summers adventures. Maybe in the winter when the flying " cools down ", I'll post some fridge-drawings or baby-birthday party photo's, who knows....

This week was all about getting back in the saddle and all my paperwork in order to start flying this summer. My PPC is valid for a year and since I didnt get it till mid-last summer, its still good till mid-this-summer. I do have to refresh a bunch of exams and some refresher flying training as well to get current again, but thats coming along nicely.

Last year, I did a " VFR PPC ", which allowed me to fly the multi-engine aircraft as PIC, during Visual Meteorological Conditions ( VMC ) and under Visual Flight Rules ( VFR ). I did however, have all the training, written exams and prerequisites in place to do an IFR rating, but haven't done a check-ride yet to complete the actual rating. We're hopefull that this year, when my PPC comes due for renewal, that I'll be ready to do an IFR ride and renew my PPC as an IFR PPC and, as an added bonus, add an IFR rating to my license in the process.

I could have simply done some refresher training and booked a flight test with an examiner in the off season, but to be honest, we're talking anywhere from 2000-5000 dollars out of pocket...a little much for my budget these days, Especially seeing as there was no guarantee it would be of any use to me this season. It now appears it will be of use, and we can hopefully get it done as part of my company-PPC training and kill two birds with one stone.

In the midst of training, I also went out and helped out on some other flights as a second pilot/swamper for some cargo-intensive loads and as a way to get back in the airplane and try and shake some rust off. Eight months out of the cockpit can be a long time.... Its surprising how fast it all comes back though. I feel pretty comfortable in the Caravan, but still need a few more flights and some refresher training on systems, limitations and emergency procedures before I'll get re-checked out on that. The smaller, multi-engine aircraft will come first and I only have a few hours of flight training flights to do and if everything goes smoothly, I should be back on line with that one anyway within the next week. 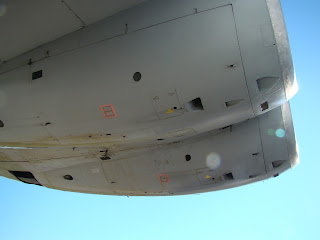 Today was a long day of flying food, gear, gas and equipment out to a fishing lodge that is in the process of setting up for a season. First it was the crew, out to take down the plywood off the cabin and lodge windows and then all other jobs they have to get the place de-winterized and ready for guests. Then, the fuel and food to keep them going for the week or two they'll need to complete it. After that, its barrels of fuel for the boats and generators that they will need stockpiled to have in ample supply for most of the season. We'll do a few more runs over the season to top up the gasoline, mostly for the boats. In a week or two when they open up, it will be guests, both in and out, along with their gear and the occasional grocery run as well to keep the freezer stocked out there for workers and guests alike.

It's nice going out to this lodge compared to the outpost lodges I went to out in NW Ontario. Out here, they have three or four guys down on the dock when you arrive, to catch the plane and do most of the offloading. Compared to the outpost lodges, where the pilot has to do all the work, or his trusty dock-hand sidekick who comes along to hold the plane straight and level in cruise and then bust his hump with weedwhackers, barrels of fuel and chainsaws while the guests pile in and out of the plane.

Still a lot of Ice up here on the bigger lakes and a little on the rivers as well. This lodge is on a river, so most of the ice is out, but there is still a bit coming downstream that you have to watch out for on the water. It is after all, still pretty early in the season.

Even went out the other day to take some officials from the local highways department up to have a look at some of the ice conditions on one of the local rivers. They wanted to go upstream a ways and have a look at what was left to come down the pipe before they gave the official all clear. Happily, this springs breakup and runoff has been very mild and uneventful. Which is a good thing, as we just bought a little house right in the middle of the flood plain....haha.

The first little bits of new grass are just starting to poke out from under the snow-flattened grass and the trees are only just starting to show signs of budding, no leaves yet though. On the coast, its pretty much moved past spring and into early summer....With the short summer season up here though, things move pretty quick though. I'll bet I see green grass lawns and trees full of leaves inside of two weeks.


I also just realized that since I don't work at the FBO anymore, I could post a few pictures from the CENSORED pile that might have got me in trouble before....  Since I haven't had a chance to take many pictures yet, expect some random aviation pics from the past.... 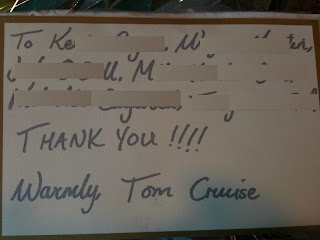