Last day in the North(ish) 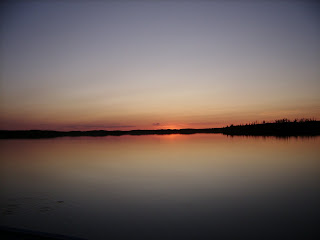 So, here I am on my last day in South Northtown. Season is finished for me, last trip up to the camps yesterday for one more work trip. That was my last flight in the Otter, for awhile anyways. 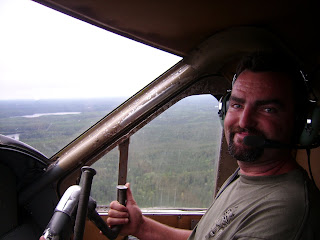 We had a nice dinner with the CP and his Ops Mgr wife. One of the old dockhands from years past popped in and it was funny trading stories about some of things that go on here.

Seems like they had at least one “ character “ every year here. We had one guy here at the beginning of the season who only last a month and a half or so. He had a hard time keeping up with the physical side of the work and frankly, he was pretty lazy. He did a lot of other stuff to draw the ire and laughter of pretty much everyone who met him, so I think he is pretty much the leading contender for this years wall of shame.

The other dockhand who came by went onto a flying gig during the latter portion of his stint here, and has flown for a few other local outfits since,

Its nice to hear the success stories of guys who went before us, and most of them had varying degrees of success in finding flying work after working here.

There is no question that I'm coming out of this season a much more valuable employee to a float operation. When I got here, I knew ( and wasn't very proficient ) at a few knots and knew some very aircraft ground handling nuggets. Things like, don't put your hand in the spinning prop and try no to hit your head on the wings as you under them.

Now, I can tie a bowline with my eyes closed, I know what a “ screen “ is and how to catch, tie up and launch a float plane from the dock. I can tell a Norseman from a Standard Otter from a Beech by the engine sound.

I can cook up a mean fish dinner, and have even figured out how to catch the damn things. 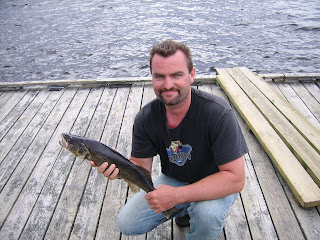 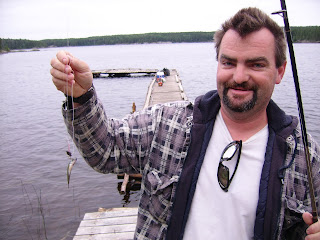 Kindly ignore the faux-hawk. It wasn't intentional. You go up in the bush for a few days and you tend to forget to look in a mirror once in awhile...

I've been over this before, but the one thing that has left a little bit of a sour taste in my mouth was the way that I was “ lured “ out here.

Had I been offered a dockhand job with no possibility of loggable flight time, but the opportunity to learn all the things I've learned this year, I probably would have still taken it.

The fact that I was hired explicitly as a “pilot/dockhand “ and told I would get “ 150-200 hours, left seat in the otter “ has turned out to be more than just a casual misinterpretation of the offer of employment. The owner has stretched the truth about this part of the job beyond any reasonable limit.

I can laugh now at my own naivete about getting that kind of PIC time on an large aircraft like an Otter, straight out of flight school, but its hard to laugh at the kind of attitude and moral integrity that would shamelessly dangle half-truths and outright lies in front of someone as wide-eyed and vulnerable as a fresh pilot, scratching around for that first big chance. Another lesson learned I guess.

I've also seen a lot of aspects of Bush Flying, Float flying in particular, that I didn't know about before coming out here, that don't appeal to me as much as I thought they would.

It was an invaluable opportunity to learn these things, but I'm thinking I might try and open my mind up to other flying paths before I go too far down one particular path.

Luckily, at this stage in the game, I pretty have to take what I can get. Hopefully that means I can try out a few other types of flying before I get so settled into one niche that I am trapped there. 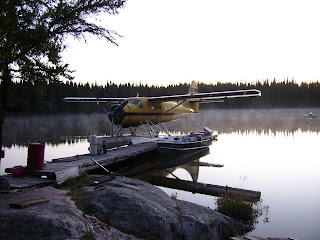 This winter will be nice in that ( so far ) the plan has me back out west doing my 9-5 and having a fair bit of free time.

I've been tossing around ideas in my head as to what to do with that time this winter that might help me in the future.

I might spend some time studying in my off-time at work and re-write the Flight Dispatcher Exams. I wrote them two years ago and the studying was pretty intense ( it was overkill, once I saw the exam questions ) but it was good cranial exercise. The exams are a pre-requisite for certain types of flight dispatch operations and are only valid for one year after writing. Not that the exams alone would open a lot of doors for me in flight dispatch employment, but its something.

I don't really have the funds to do a MIFR this winter, but I thought I might take a stab at studying for and writing the INRAT, the Instrument Flight Rating written exam. Again, probably a bit of a cranial exercise alone, but you never know, if I won the 6/49, it would be nice to be ready to go. Knowledge for its own sake is never a waste anyways.

I will probably keep looking a for a part-time job to complement my full time job and try to get a little ahead of the game financially. Particularly if an opportunity came along that ( will most likely ) necessitates a reduced salary again. As my 9-5 is out at the airport, I will probably focus my efforts at finding something out there that I could hop straight over to and put in an extra 3-4 hours a day. I did this a while back when I worked graveyards at the FBO. I worked for four hours a day in the afternoon / evening on the ramp for a courier outfit loading their planes and then went straight over to the FBO to fuel all night, sleeping during the day. Long days, but I got to spend all “day “ at the airport and the extra cash came in handily.

I interviewed for a de-ice job this summer, for the coming winter season. Iit sounded like I was a shoe-in based on my qualifications and what the interviewer said, but I never did hear back from them. I'll probably give them a call and see if anything has changed.

I also talked to an outfit that does Ultralight Flight Training and they said they were always looking for instructors for their summer season. The UL FI rating is relatively inexpensive and the employer mentioned they would pay the costs, allowing you to pay it back while working for them afterwards.

I have turned my nose up at Instructing before, mostly as I always doubted I had the theoretical knowledge and confidence to actually try and teach it to someone else, but my own opinion of that has changed a little over the last year. Perhaps this is something I should be opening my mind up to a little bit. My wife and I spent some time overseas teaching English and I didn't find the teaching aspect all that bad. I might even enjoy it, given my interest in the subject...something that was missing while teaching conversational English. It might even be a good test to see if I liked it enough to try and get my Flight Instructor rating and spend a year or two doing that.

And of course, we're still looking 18 months or two years down the road to getting out of the country again. Africa is still on the radar. Some hours, some money, a rating or two, all things that would dovetail nicely into that if it ever came to be...

Today will be spent hanging around the base and packing up my things for the trip home. Luckily, most of the clothes I brought out here have been pretty thoroughly used up....covered in tree sap, aviation oil, barrel rust and smelling vaguely of fish and beer, that I think I'll be leaving most of them in the dumpster and not have to worry about packing them all home.

My coworker has very graciously offered to drive me down south to the nearest Train station, which is about a 3 hour round trip for him. The “Station “ is actually a spot in the bush where the train crosses the highway. Its a “ Whistle Stop “, which means the train only stops there if there is someone booked to board or get off there, otherwise they just fly by in the middle of the night. And I do mean the middle of the night. I am booked to get on the train at 0315AM. My coworker has to wrk the next morning, so he will probably drop me off around 11PM or so, so he can get back up to base and in bed for a decent nights rest.

Me, I'll be sitting out there in the bush, beside the train tracks...for four hours....god, I hope the bugs are down by then....ack.

The train gets me into Nearest Big Cityville around 10 AM and its a public transit trip out to the airport for my flight out around 1400.

Once I get back, its an hour or two kicking around the airport till the Lovely Wife gets off work and can pick me up.